I’m still busy digitizing a lifetime’s accumulation of clippings from magazines and journals, along with heaps of old tech reports, memos, and miscellaneous other cruft. There’s something slightly eerie about the process. So far I’ve emptied out a dozen file drawers, run several hundred pounds of paper through the scanner, and created thousands of PDFs. Yet my laptop is not a gram heavier. The glib explanation is that I’m just scraping pure information off the pages, leaving behind the ink and cellulose; I’m saving the bits and recycling the atoms. But is information so readily dematerialized? One of the manila folders I have just dredged up out of a filing cabinet is bulging with publications by the late Rolf Landauer, including several papers on the theme “Information is physical!”

I first met Rolf circa 1980. I had written a brief Scientific American article about some recent developments in optical computing technologies, and Rolf called to tell me I should never do anything so reckless and foolish and tasteless again. He took a dim view of photonics. This initial encounter was not a promising start to a friendship, but we got over it. He put me on his mailing list, which meant that I got a fat envelope once or twice a year, with reprints or preprints of his own latest work and often copies of other papers he thought I should being paying attention to.

Four of the articles in my Landauer folder have very similar titles:

If Landauer had lived longer (he died in 1999), I like to think that the next installment in the series would have been titled even more emphatically: Information is Physical, Damn It!

In all of these essays, Landauer’s thesis is straightforward:

Information is inevitably tied to a physical representation. It can be engraved on stone tablets, denoted by a spin up or down, a charge present or absent, a hole punched in a card, or many other alternative physical phenomena. It is not just an abstract entity; it does not exist except through a physical embodiment. It is, therefore, tied to the laws of physics and the parts available to us in our real physical universe.

This notion is obvious and totally uncontroversial–except to those who think it’s totally wrong. Doubters tend to focus on mathematical entities. Surely the integers exist as abstractions, independent of stone tablets and punchcards, no? And triangles would have three sides even if all the matter in the universe were annihilated–right? When it comes to numbers like π and e, one might well argue that they can exist only as abstractions; they can never be given a complete physical representation.

Landauer did not argue strenuously for his constructivist position within mathematics itself, but he did take a hard line about mathematical methods in the physical sciences:

There is a tendency to think of mathematics as a tool which somehow existed before and outside of our physical world. Mathematics, in turn, allowed the formulation of physical laws which then run the world, much as a process control computer runs a chemical plant. Here, instead, we emphasize that information handling has to be done in the real physical world, and the laws of physics exist as instructions for information handling in that real world. It, therefore, makes no sense to invoke operations, in the laws of physics, which are not executable, at least in principle, in our real physical world.

Our accepted laws of physics invoke continuum mathematics, which is, in turn, based on the notion that any required degree of precision can be obtained by invoking enough successive operations. But our real universe is unlikely to allow an unlimited sequence of totally reliable operations. The memory size is likely to be limited, perhaps, because the universe is limited. Even in an unlimited universe it is a strong presumption to invoke the possibility of assembling an arbitrarily large organized memory structure. Furthermore, in a world full of deleterious processes including noise, corrosion, electromigration, incident alpha particles and cosmic rays, earthquakes and spilled cups of coffee, it would be unreasonable to assume that each step in an unlimited sequence of operations can be carried out infallibly.

Those alpha particles and spilled cups of coffee bring me back to my little document-scanning project–my kitchen-table version of Google Books. I am well aware that my digitized archives are not disembodied abstractions, that the information I’ve scanned from Rolf’s preprints is still physical even if it’s less tangible, and that the bits remain vulnerable to all the perils of a material world. Indeed, the thought of losing all the files I’ve scanned–now that the paper originals are beyond recall–makes me itchy to plug in the back-up drive.

But the process of replicating the bits–which is even easier than capturing them in the first place–sends my mind off on another tangent. As Rolf said, we can represent information in many physical forms: as marks on paper, as magnetized domains on a metal-coated disk, as packets of electric charge, as base pairs in a DNA molecule, as beads on an abacus. When we build machinery to process this information, we can choose among many different computing technologies: transistors, brass gears, neurons, rubber bands and tinker toys, quantum dots, even photons in optical waveguides (though Rolf despised that last possibility, and he was skeptical about the quantum dots).

Somehow, this proliferation of physical embodiments for information does not strengthen the conviction that information is subordinate to its physical representation. When we can write the same message in so many forms–everything from lines in the sand to holograms–the message itself begins to seem just as substantial as the physical medium, and perhaps more enduring. I have digital documents that began life on eight-inch floppy disks 20 years ago. The files have migrated a dozen times or more to other media: five-and-a-quarter-inch floppies, three-and-a-half-inch floppies, Zip drives, digital audio tapes, CD-ROMs, a succession of hard disks. Most of the physical objects making up that long chain of transmission have long since succumbed to coffee spills, corrosion and other hazards, or else they have simply gotten lost. Yet the data persists, a sort of standing wave in the river of hardware rushing toward obsolescence and oblivion. Under the circumstances, it can be hard to keep in mind that the information depends for its very existence on those delicate shards of matter. It goes against the grain of the whole apparatus of computer science, where automata theory, the Church-Turing thesis, and the Turing equivalence of programming languages all encourage us to think that abstractions come first, and implementation is secondary. 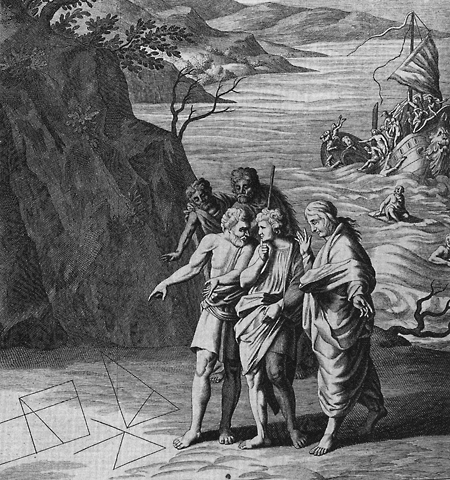 These musings are not meant as an attempt to refute Landauer’s assertion. I still have to concede that I cannot record or express a pattern of bits without resorting to some physical medium, if only the gray matter in my own head. But the notion sits uncomfortably; it’s a conundrum. I wish I had a chance to chat with Rolf about it. But, sadly, Rolf Landauer is no longer physical.

Note: As far as can tell, none of the four Landauer papers I mention above are available online without payment. I am therefore taking the liberty of posting my scan of Rolf’s preprint of the information-is-a-physical-entity paper. I would also like to call attention to two recent articles about Landauer: a discussion of his contributions to solid-state physics by Bertrand I. Halperin and David J. Bergman, and a biographical memoir by Charles H. Bennett and Alan B. Fowler.

12 Responses to Information is physical