Posted on 2 November 2018 by Brian Hayes

I am past the stage of life when the kids go off to school in the fall, but nonetheless the house is feeling a bit desolate at this time of year. My companions of the summer have gone to earth or flown away.

Last spring a pair of robins built two-and-a-half nests on a sheltered beam just outside my office door. They raised two chicks that fledged by the end of June, and then two more in August. Both clutches of eggs were incubated in the same nest (middle photo below), which was pretty grimy by the end of the season. A second nest (upper photo) served as a hangout for the nonbrooding parent. I came to think of it as the man-cave, although I’m not at all sure about the sex of those birds. As for the half nest, I don’t know why that project was abandoned, or why it was started in the first place. 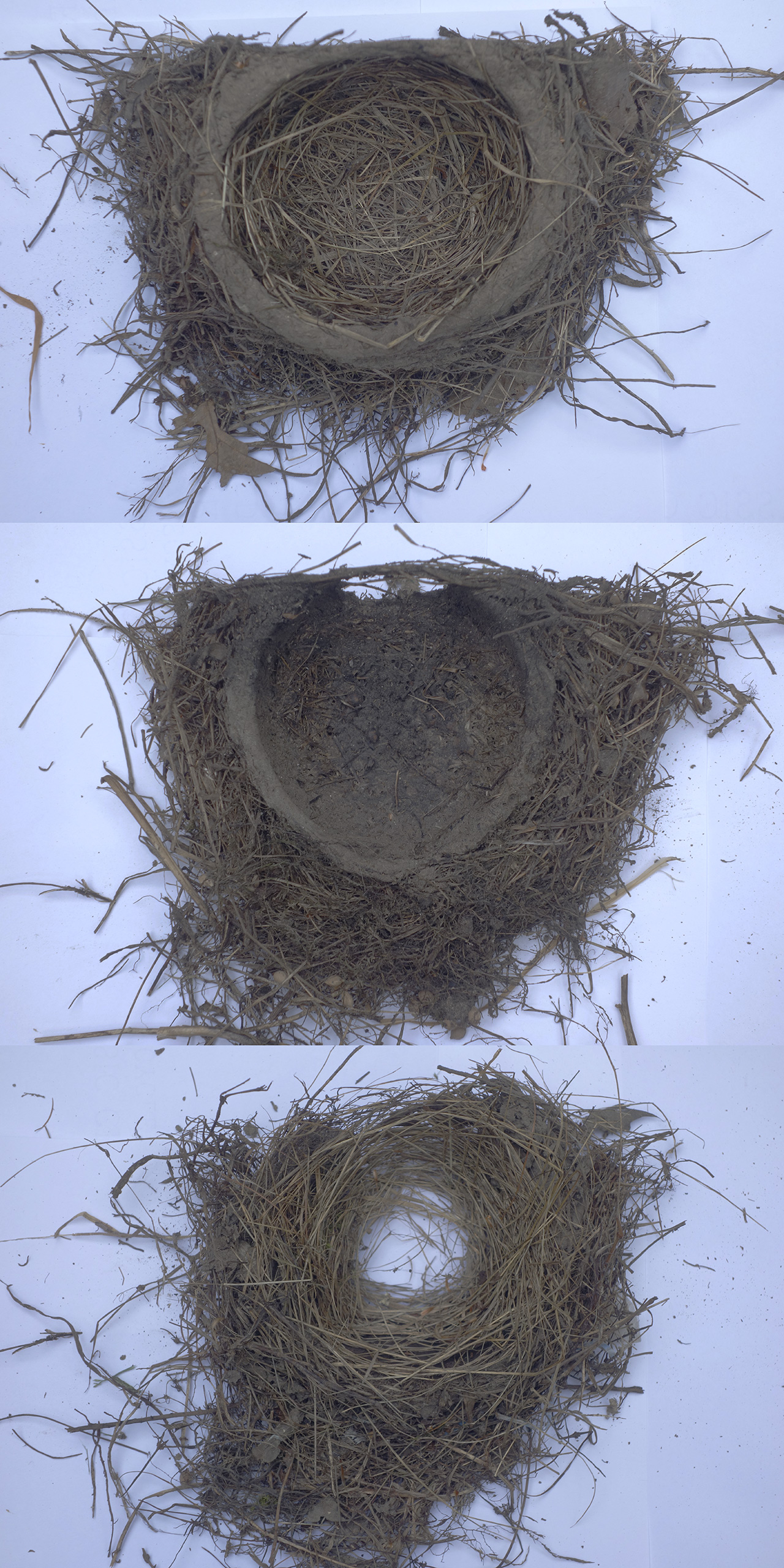 Elsewhere, a light fixture in the carport has served as a nesting platform for a phoebe each summer we’ve lived here. Is it the same bird every year? I like to think so, but if I can’t even identify a bird’s sex I have little hope of recognizing individuals. This year, after the tenant decamped, I discovered an egg that failed to hatch. 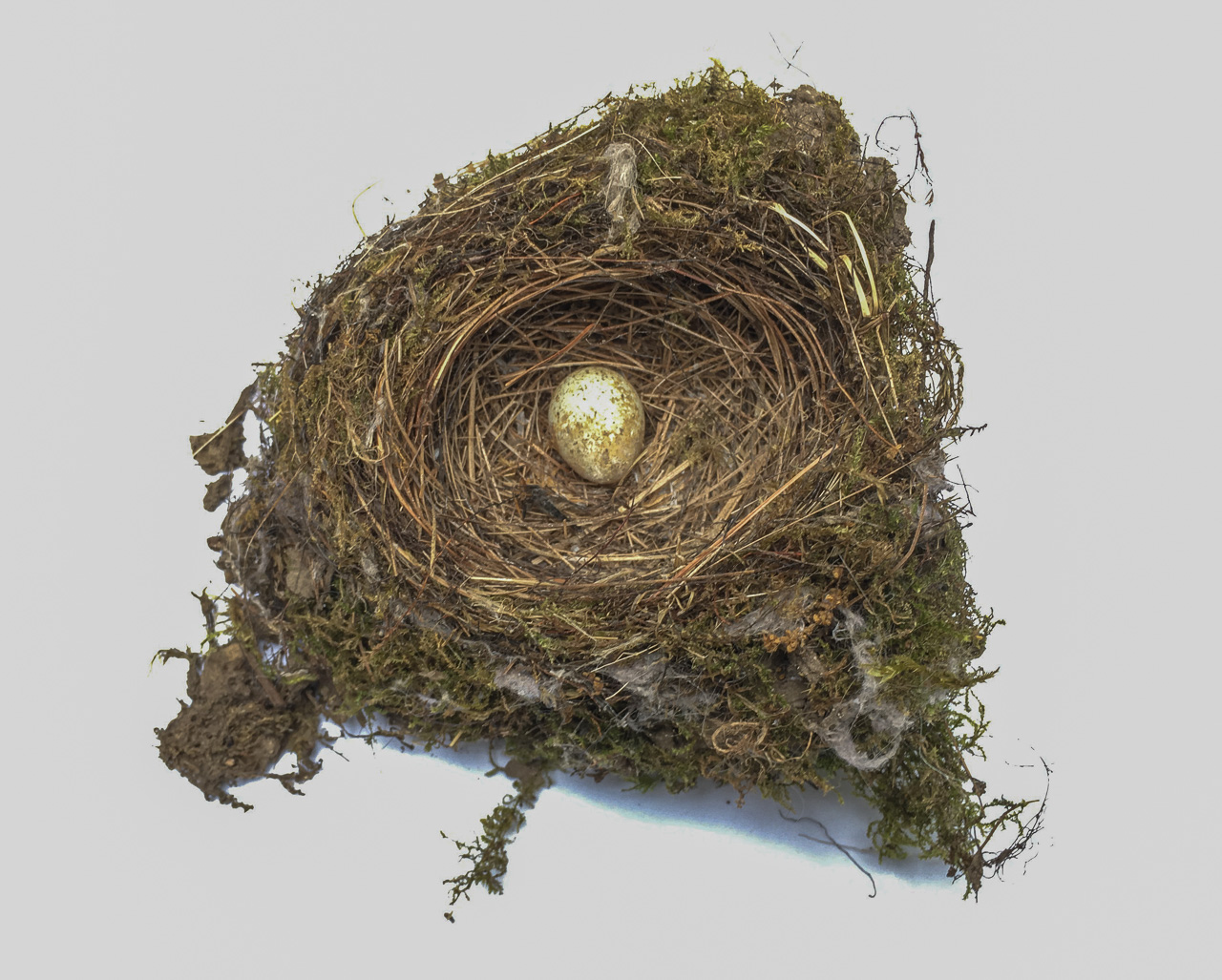 We also had house wrens in residence—noisy neighbors, constantly partying or quarreling, I can never tell the difference. It was like living next to a frat house. I have no photo of their dwelling: It fell apart in my hands. 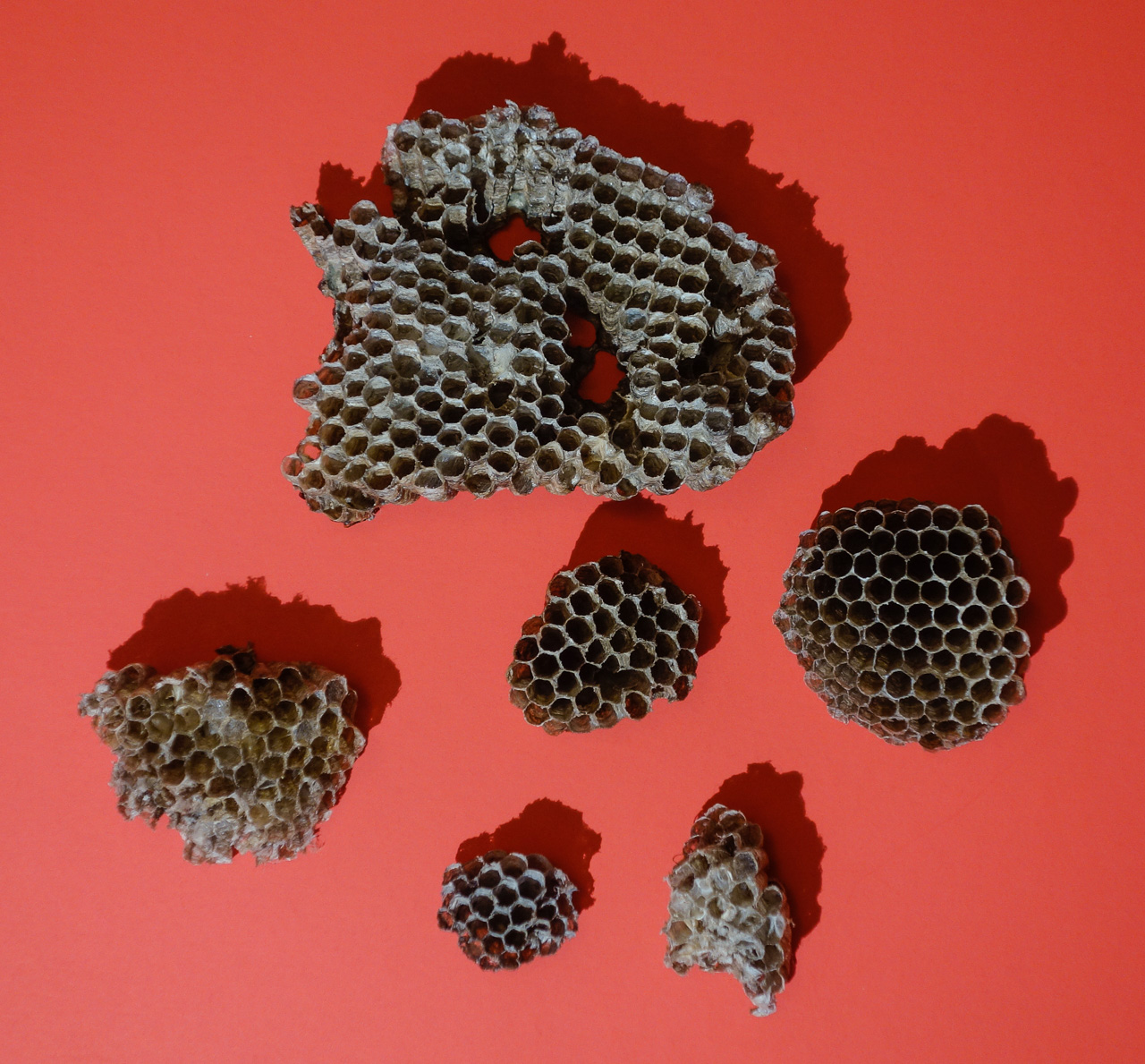 Under the eaves above our front door we hosted several small colonies of paper wasps. All summer I watched the slow growth of these structures with their appealing symmetries and their equally interesting imperfections. (Skilled labor shortage? Experiments in noneuclidean geometry?) I waited until after the first frost to cut down the nests, thinking they were abandoned, but I discovered a dozen moribund wasps still huddling behind the largest apartment block. They were probably fertile females looking for a place to overwinter. If they survive, they’ll likely come back to the same spot next year—or so I’ve learned from Howard E. Evans, my go-to source of wasp wisdom.

Another mysterious dwelling unit clung to the side of a rafter in the carport. It was a smooth, fist-size hunk of mud with no visible entrances or exits. When I cracked it open, I found several hollow chambers, some empty, some occupied by decomposing larvae or prey. Last year in the same place we had a few delicate tubes built by mud-dauber wasps, but this one is an industrial-strength creation I can’t identify. Any ideas? 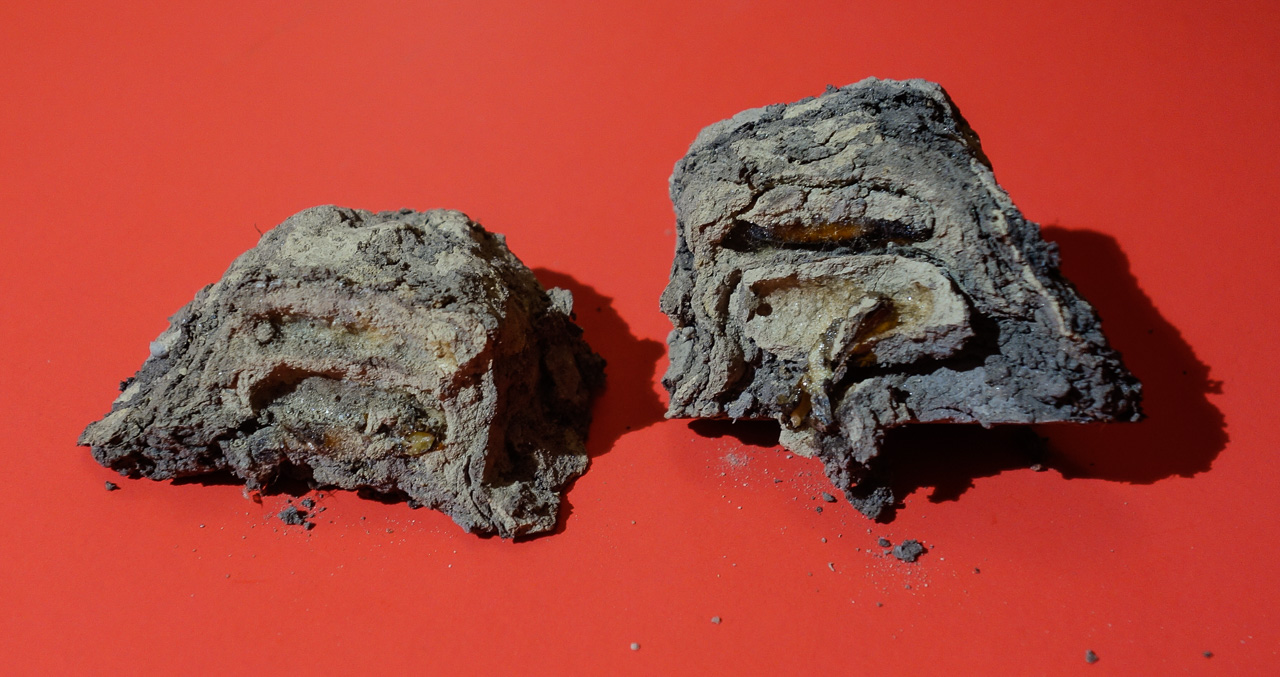 The friends I’ll miss most are not builders but squatters. All summer we have shared our back deck with a population of minifrogs—often six or eight at a time—who took up residence in tunnel-like spaces under flowerpots. In nice weather they would join us for lunch alfresco.

As of today two frogs are still hanging on, and I worry they will freeze in place. I should move the flowerpots, I think, but it seems so inhospitable.

May everyone return next year.