Deep Dreaming with Every Card I Write

My closest friends and family must make do with an old-fashioned paper-and-postage greeting card, but for bit-player readers I can send some thoroughly modern pixels. Happy holidays to everyone.

In recent months I’ve been having fun with “deep dreaming,” the remarkable toy/tool for seeing what’s going on deep inside deep neural networks. Those networks have gotten quite good at identifying the subject matter of images. If you train the network on a large sample of images (a million or more) and then show it a picture of the family pet, it will tell you not just whether your best friend is a cat or a dog but whether it’s a Shih Tzu or a Bichon Frise.

What visual features of an image does the network seize upon to make these distinctions? Deep dreaming tries to answer this question. It probes a layer of the network, determines which neural units are most strongly stimulated by the image, and then translates that pattern of activation back into an array of pixels. The result is a strange new image embellished with all the objects and patterns and geometric motifs that the selected layer thinks it might be seeing. Some of these machine dreams are artful abstractions; some are reminiscent of drug-induced hallucinations; some are just bizarre or even grotesque, populated by two-headed birds and sea creatures swimming through the sky.

For this year’s holiday card I chose a scene appropriate to the season and ran it through the deep-dreaming program. You can see some of the output below, starting with the original image and progressing through fantasies extracted from deeper and deeper layers of the network. (Navigate with the icons below the image, or use the left and right arrow keys. Shorthand labels identifying the network layers appear at lower right.)

A few notes and observations:

Update 2015-12-31: In the comments, Ed Jones asks, “If the original image is changed slightly, how much do the deep dreaming images change?” It’s a very good question, but I don’t have a very good answer.

The deep dreaming procedure has some stochastic stages, and so the outcome is not deterministic. Even when the input image is unchanged, the output image is somewhat different every time. Below are enlargements cropped from three runs probing layer 4c, all with exactly the same input: 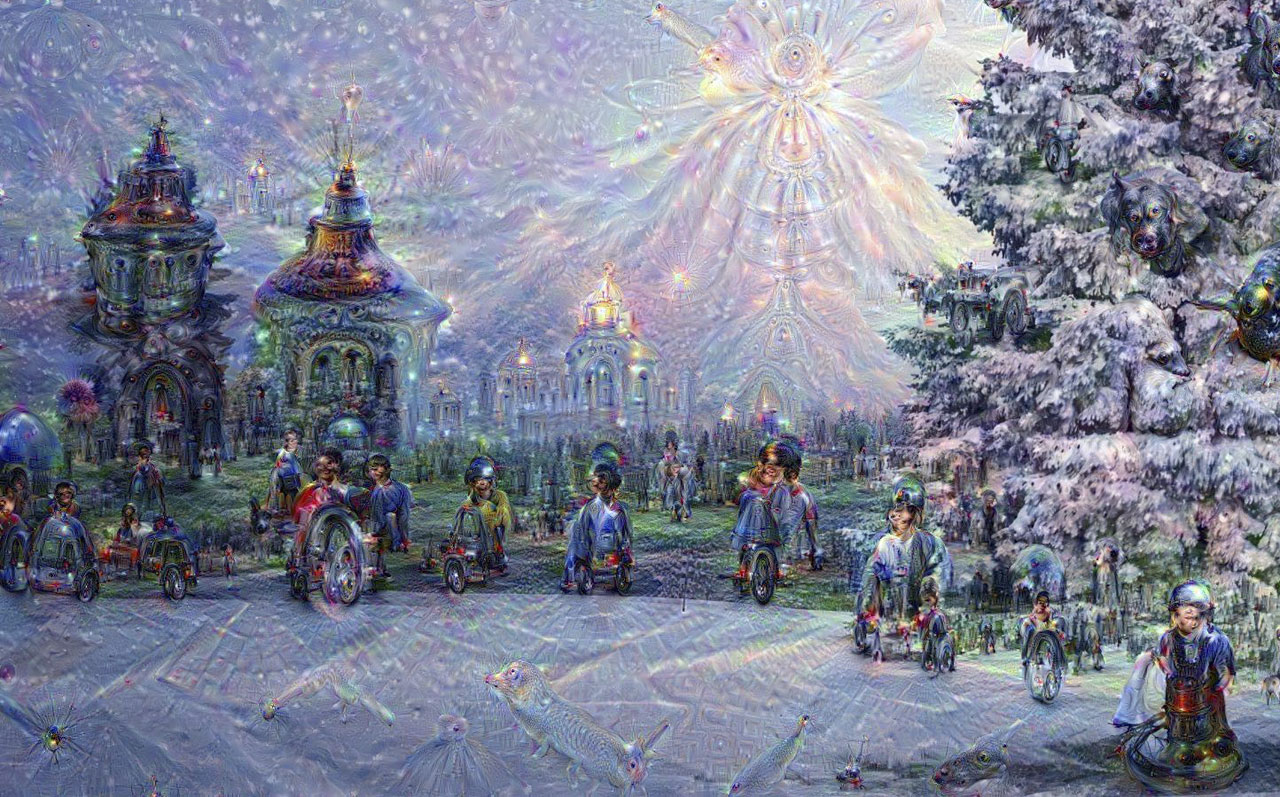 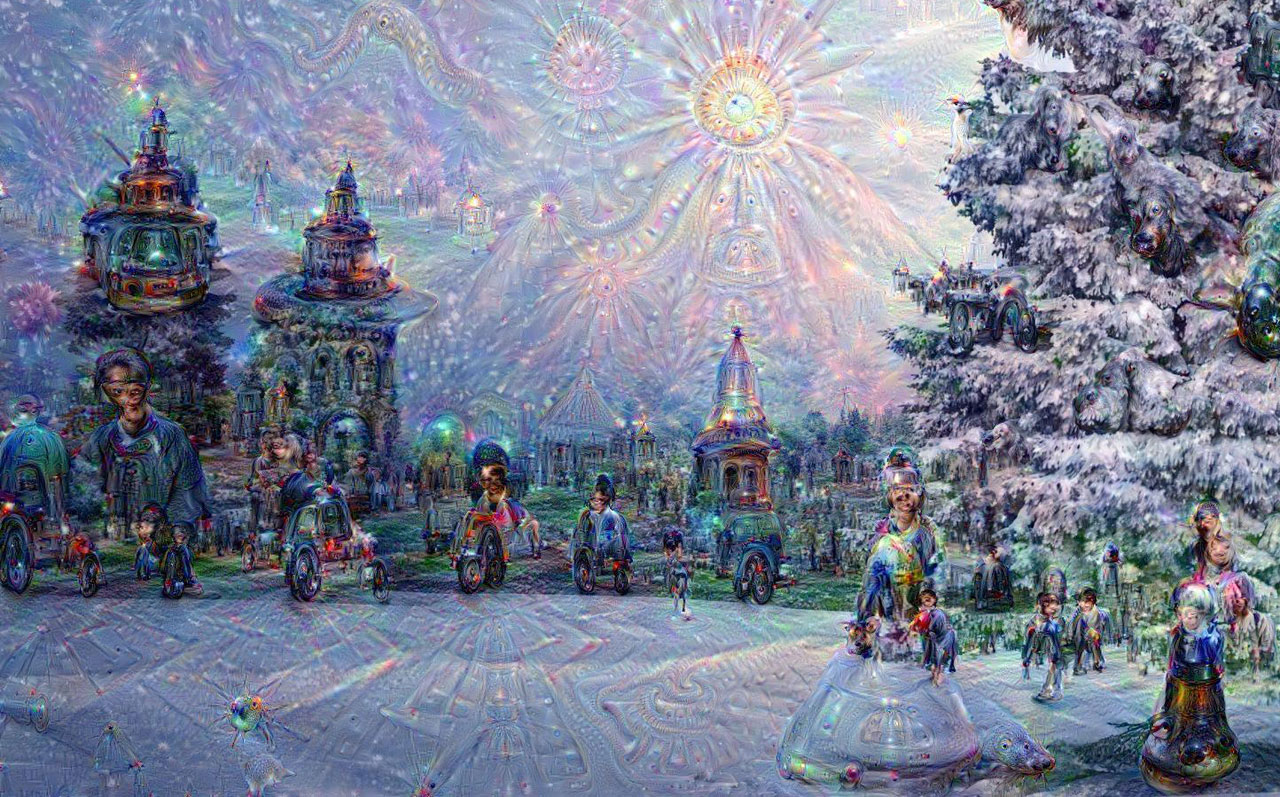 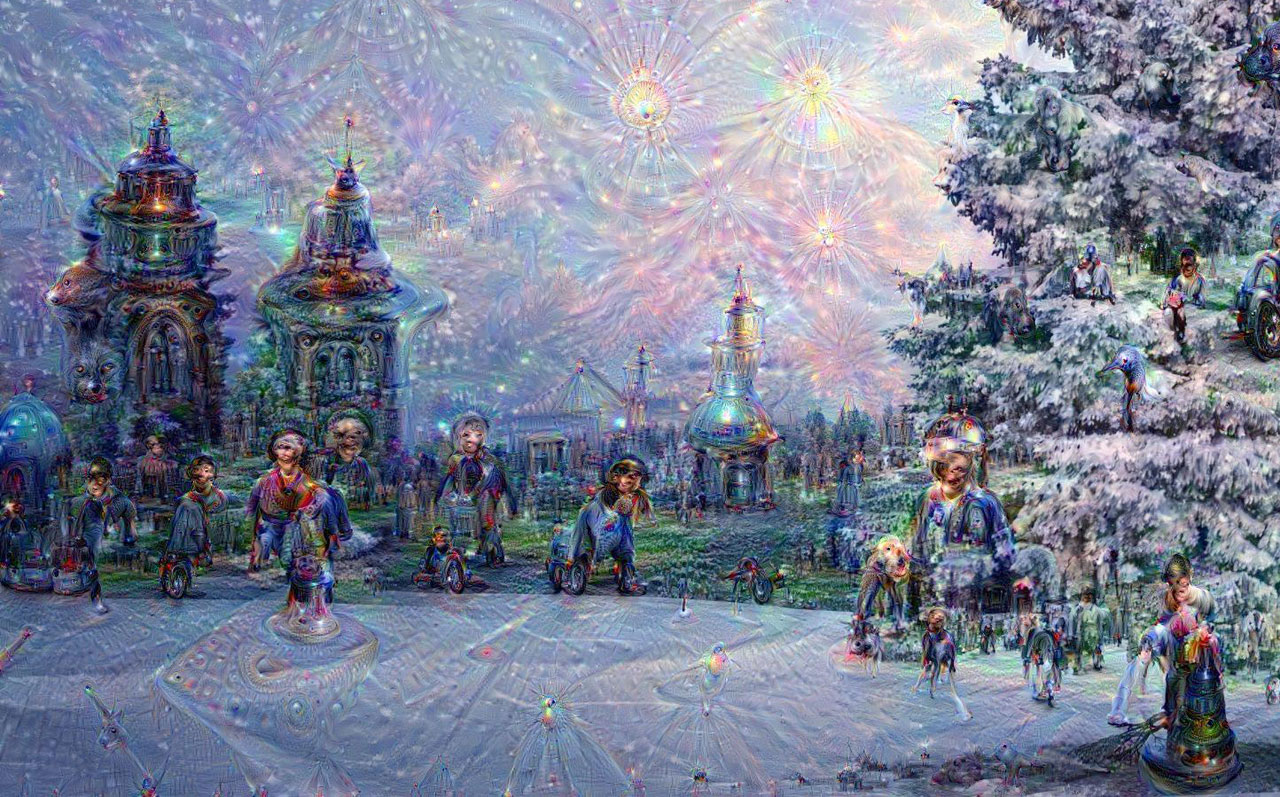 They are all different in detail, and yet at a higher level of abstraction they are all the same: They are recognizably products of the same process. That statement remains true when small changes—and even some not-so-small ones—are introduced into the input image. The figure below has undergone a radical shift in color balance (I have swapped the red and blue channels), but the deep dreaming algorithm produces similar embellishments, with an altered color palette: 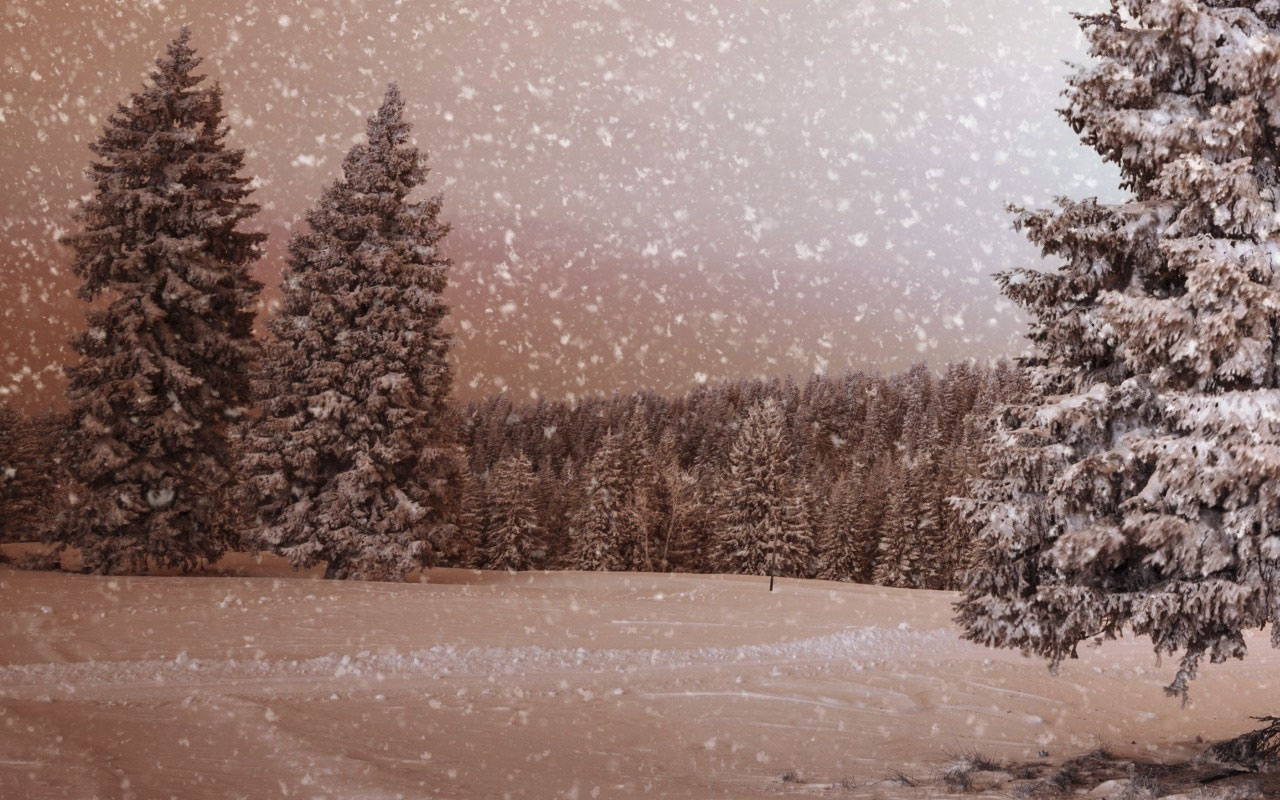 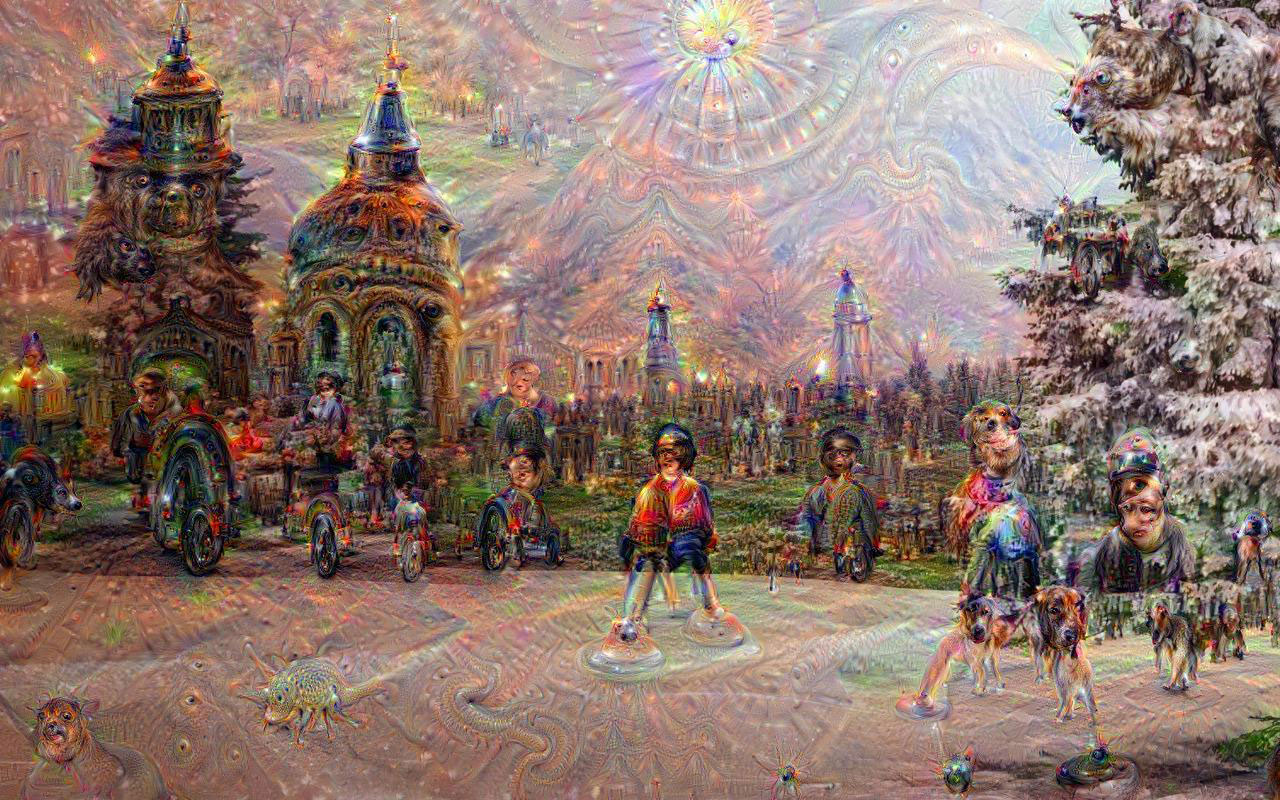 In the pair of images below I have cloned a couple of trees from the background and replanted them in the foreground. They are promptly assimilated into the deep dream fantasy, but again the overall look and feel of the scene is totally familiar. 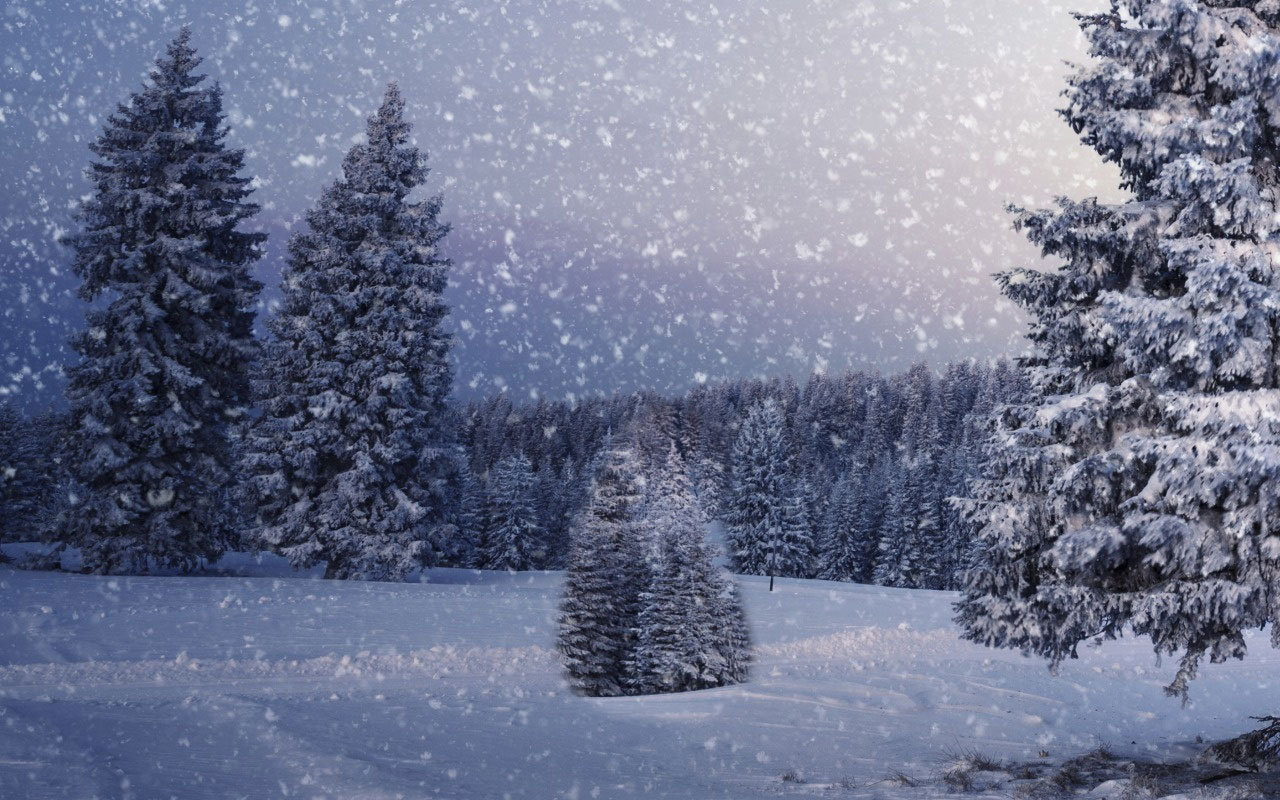 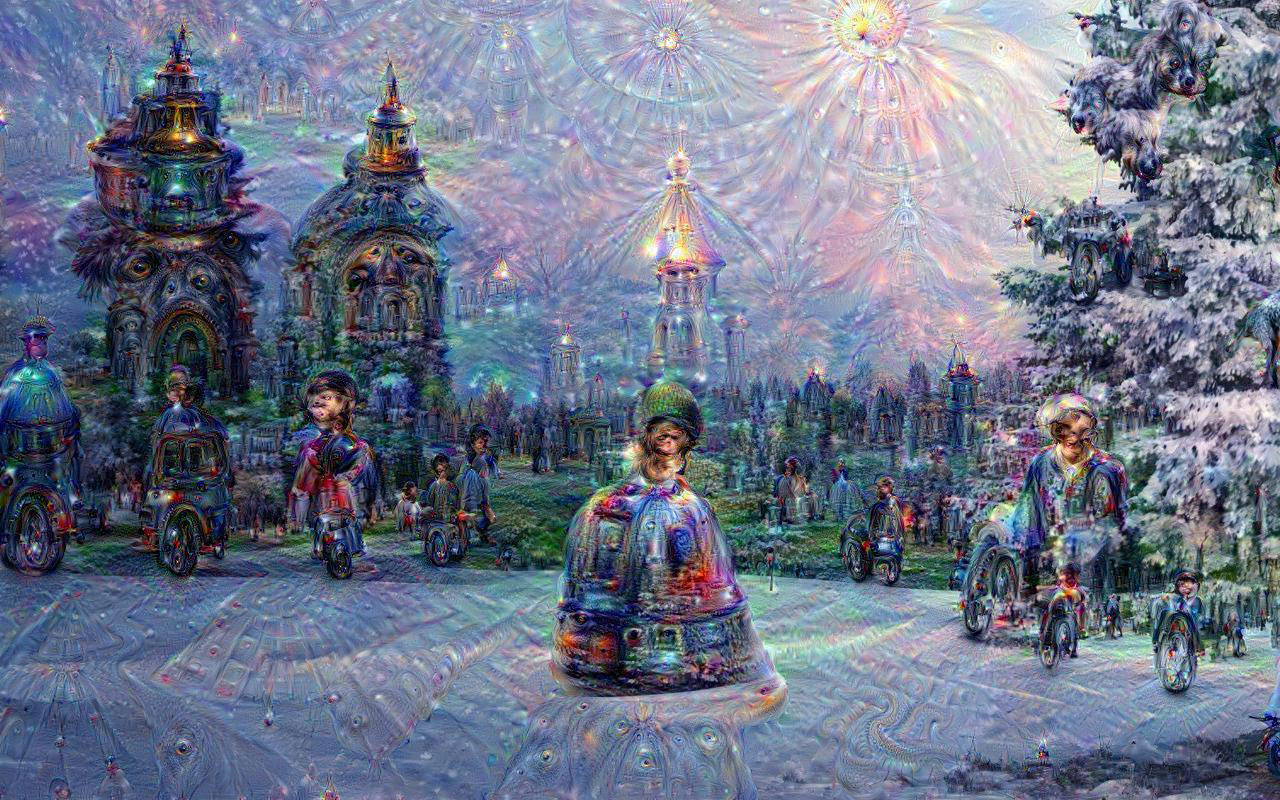 Based on the evidence of these few experiments, it seems the deep dreaming images are indeed quite robust, but there’s another side to the story. When these neural networks are used to recognize or classify images (the original design goal), it’s actually quite easy to fool them. Christian Szegedy and his colleagues have shown that certain imperceptible changes to an image can cause the network to misclassify it; to the human eye, the picture still looks like a school bus, but the network sees it as something else. And Ahn Nguyen et al. have tricked networks into confidently identifying images that look like nothing but noise. These results suggest that the classification methods are rather brittle or fragile, but that’s not quite right either. Such errors arise only with carefully crafted images, called “adversarial examples.” There is almost no chance that a random change to an image would trigger such a response.

This entry was posted in computing, off-topic.

6 Responses to Deep Dreaming with Every Card I Write