Posted on 2 November 2013 by Brian Hayes 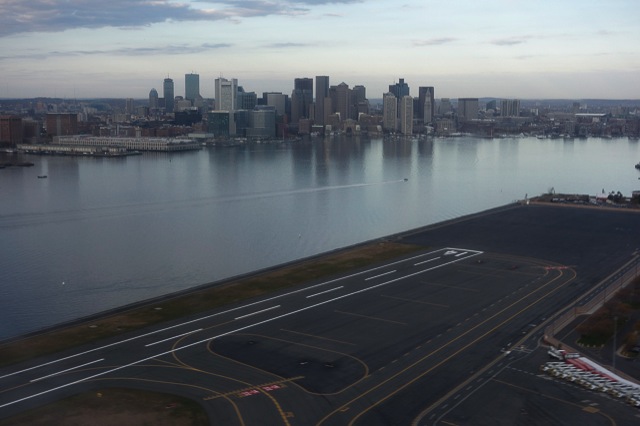 It’s not the best picture I’ve ever snapped while climbing out of Logan Airport, but it’s the first one in years that I haven’t taken furtively, palming the camera to conceal it from the cabin crew. And what if the interference theory were right, and the emanations of iPods and Kindles and digital cameras could send us all plunging into Boston Harbor? How would I feel then?

This morning I was on an early flight out—apparently one of the first to adopt the new FAA rules allowing gate-to-gate electronics. The camera was my only way of celebrating this new freedom. I didn’t have anything like an iPod or a Kindle, and laptops are still forbidden below 10,000 feet, presumably because of their ballistic rather than their electronic hazards. (So I passed much of the takeoff and landing patterns reading in Reiffel and Polak’s Gentle Introduction to Quantum Computing, which packs at least twice the wallop of a Macbook Air.)

Since I’m blogging window-seat pictures, I’ll add this one: 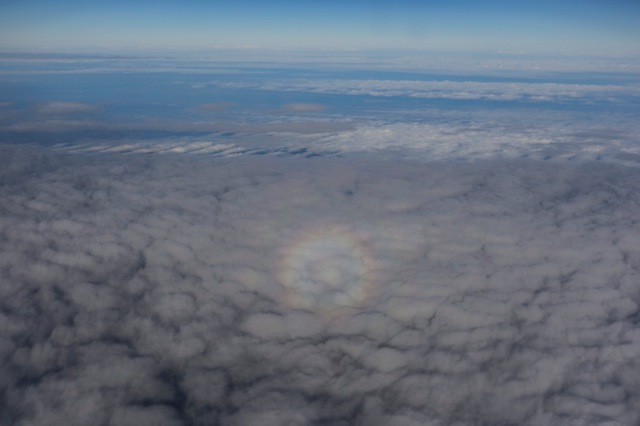 About an hour into the flight I spotted a glorious glory—a halo of bright rainbow iridescence—tagging along with us on the cloud bank below. (Actually an inside-out-rainbow: Not ROY G BIV but VIB G YOR.)

This entry was posted in modern life, photography.

One Response to The friendlier skies