In the past few weeks I’ve had little time for bit-playing; I’ve been playing with atoms instead. I’ve been sorting and packing and toting atoms, then hauling them, rearranging them, offloading them, storing them. Lots and lots of atoms: maybe 1029. Bits are so much easier to handle. My bitly possessions—some hundreds of gigabytes—fit comfortably in a shirt pocket. My atomic chattels are a bulkier burden. 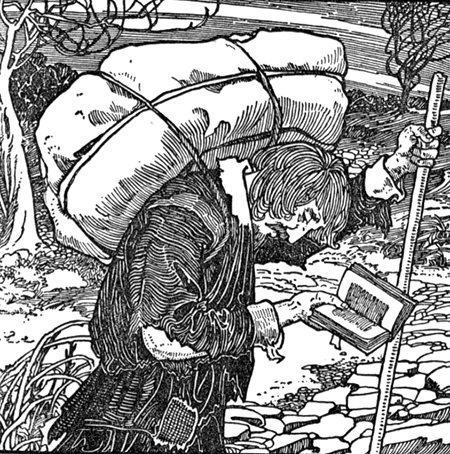 All this atom-pushing was done in the course of moving my household from Durham, North Carolina, to Cambridge, Massachusetts. I’ve moved before, but this time the experience was unusually physical. In vacating my Durham home, I carried all my belongings out of the house and onto a truck—and I did it without helpers and without the use of carts or dollies or other wheeled implements. In other words, everything I own (except a car) I have now lifted up, cradled in my arms, carried 50 feet or more, and set down again. It took a day and a half.

What a goofy thing to do, eh? I even turned away offers of help. I guess I’m just a do-it-yourself kind of guy. In a strange way the labor was worth it: The process gave me a vivid and visceral sense of how stuff accumulates over a lifetime—how my possessions possess me. Late in the afternoon of the second day, as I loaded up the last few items and shut the door of the truck, there was a bright glow of satisfaction and accomplishment.

Yet I never want to do it again. When I arrived in Cambridge, I did not refuse the generous help of a younger, stronger friend. (Thanks, Mici!)

The total weight of my load was roughly two and a half metric tons. At least two tons of that mass consisted of “information goods”—books, periodicals, manuscripts and proofs, file drawers full of paper documents, photographs, musical recordings in various formats, art works. And this was the residue remaining after a two-year effort to lighten my load, mainly by transforming atoms into bits. In particular, I had scanned 22 drawers full of files, converting paper into PDFs and then recycling all the cellulose.

Before I lug my belongings out of this dwelling, I vow to jettison another ton or more. If only I could figure out how to digitize my clothes or my pots and pans.

As for my new home, everyone knows that Cambridge is the intellectual capital of North America. But I didn’t quite realize how high the standard had become. The sign in the photo below is on the garden gate next door. 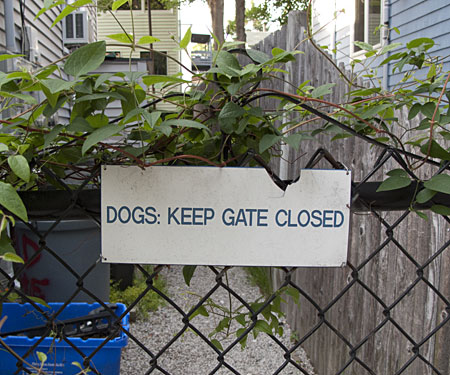 The literate local canines seem to comply with this order, since the gate is always closed.