Often I wish that I knew more mathematics and understood it more deeply. But then I wouldn’t have the pleasure of discovering afresh things that other people have known for years. (In some cases hundreds of years.)

Last week, in a discussion of Fermat primes and the Hilbert curve, ShreevatsaR remarked:

In response I asked (innocently, if skeptically):

ShreevatsaR immediately replied: No, every odd prime must divide some \((4^k – 1)\). And he gave a proof based on the pigeonhole principle. The primes he had listed in his earlier comment are just those that happen to divide \((4^k – 1)\) for an unusually small value of \(k\). 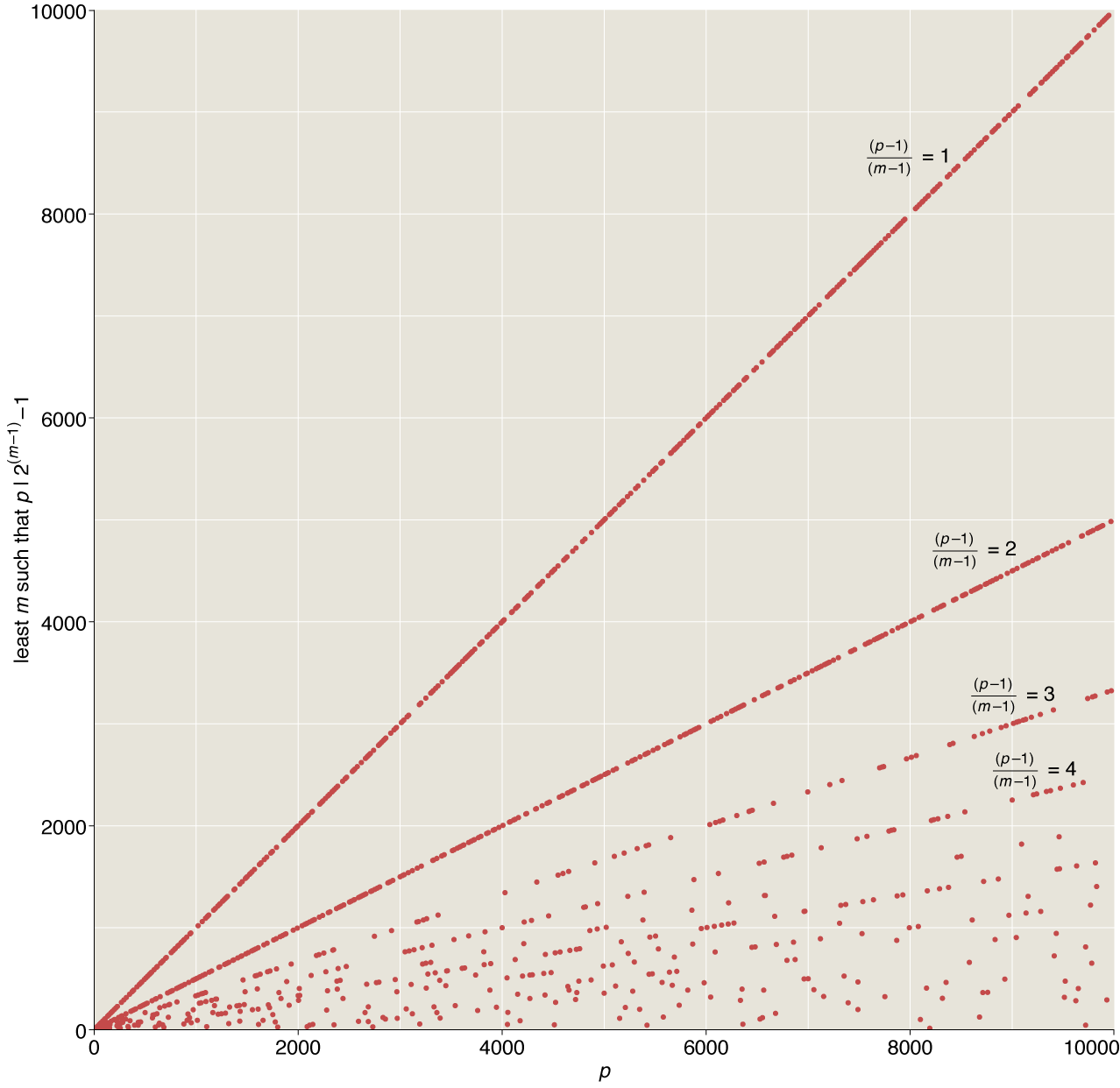 The procedure effectively divides the primes into classes distinguished by the value of \(r=\frac{p-1}{m-1}\):

There is nothing new or original about all this. Gauss wrote about it in Disquisitiones Arithmeticae in 1801. The primes in the first list are those for which the multiplicative order of 2 mod p is \(p-1\); in other words, the set of residues 2 mod p repeats with period \(p-1\), the largest possible. In Gauss’s terminology, 2 is a primitive root of these primes. In 1927 Emil Artin conjectured that there are infinitely many primes in this set. For the second series the multiplicative order of 2 mod p is \(\frac{p-1}{2}\), for the third group it is \(\frac{p-1}{3}\), and so on. The OEIS has more on each of these series.

Nothing new, but I found the graph a useful aid to understanding. (I would not be surprised to learn that the graph isn’t new either.)

Three more of the primes listed by ShreevatsaR are also of the form \(2^{n} - 1\). On the assumption that we have a boundless supply of such primes, it would appear there is no limit to the value of \(r\). [Update: Please see the comments, with illuminating contributions by ShreevatsaR, Gerry Myerson and (via Stack Exchange) David Speyer.]

3 Responses to A little theorem