On the sunny side

The invented etymology of posh—which says it’s an acronym for “port out, starboard home”—is utterly bogus. Nevertheless, when I book airline seats I always try to get a window on the shady side. Photography is easier with the sun at your back. This morning, however, I was on the sunny side southbound out of Boston. The photographic result was fairly curious. 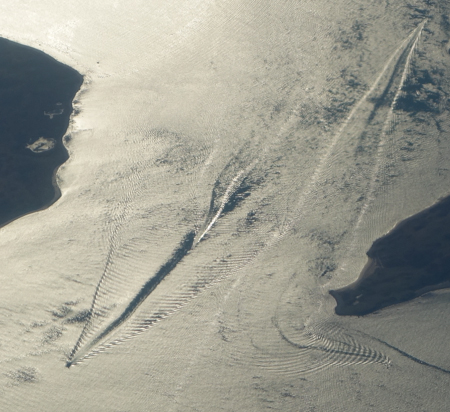 You might think you’re looking at a snowy landscape here, with bits of two lakes intruding into the left and right edges of the frame. But the lakes are actually islands, and the white field between them is the sea, with the specular reflection of the sun in the upper lefthand corner. Under these lighting conditions, it seems that small variations in angle or texture cause huge differences in brightness. It’s Snell’s Law in action.

A detail from a second frame—two was all I caught—shows the interference patterns in the boat wakes even more clearly. 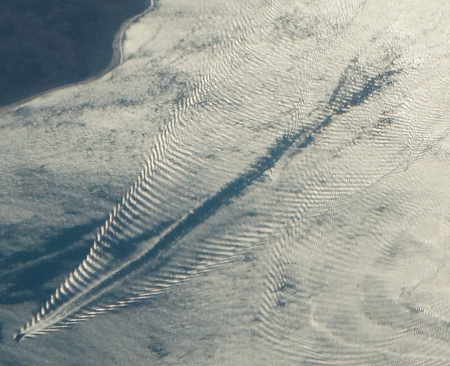 Here is the uncropped and unenhanced version of the first image. (Uncropped but with grossly reduced pixel count.) 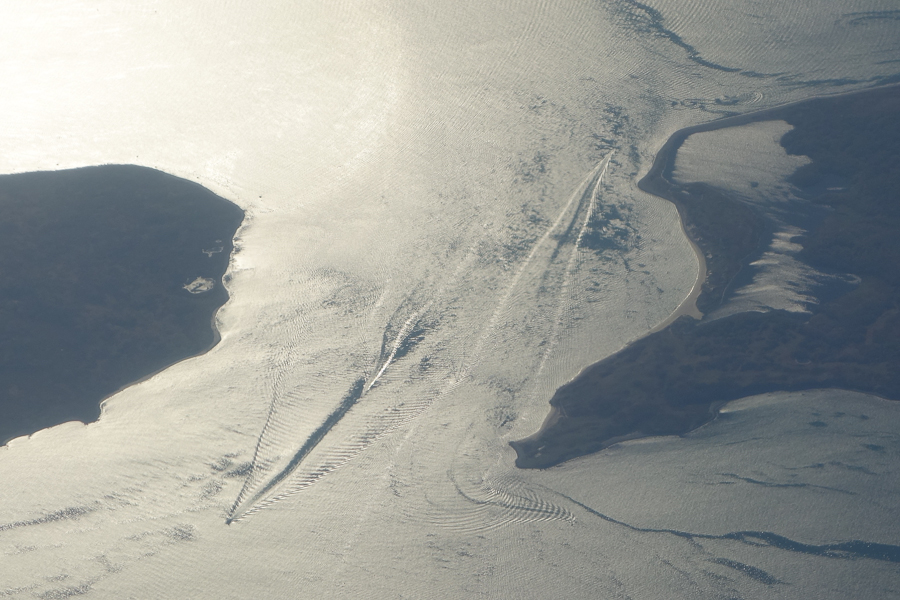 The two islands are part of an archipelago that extends southwest from Woods Hole on Cape Cod, between the mainland and Martha’s Vineyard. I believe these two are Pasque Island on the left and Nashawena Island on the right. Wikipedia tells me that almost all of these islands, which are known as the Elizabeths, are owned by the Forbes family. How posh!

This entry was posted in photography.

3 Responses to On the sunny side