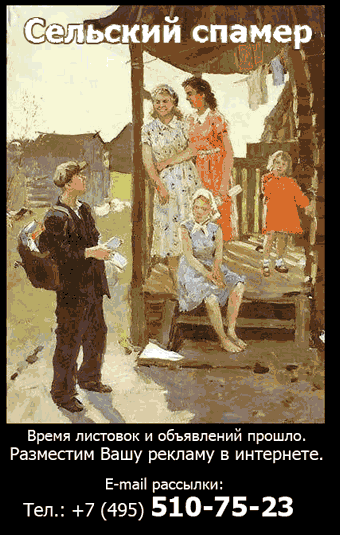 In recent weeks my junk-mail folder has received well over 100 copies of the folksy image reproduced above. I don’t read Russian, but I know just enough of the alphabet to sound out the second word of the headline. My русскоговорящего friend Dana MacKenzie kindly translated the rest of the message:

The era of posters and announcements has passed. We will distribute your ad on the Internet.

Incidentally, the painting that the spammers defaced is “Village Postman,” 1959, by Pyotr Krokhonyatkin. I identified it by guessing the title and running a query through Simple Image Search, which led me here.

While I’m on the subject of spam, here’s an update to my running tally of monthly receipts: 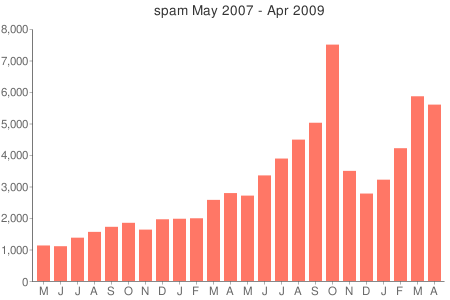 For March and April combined, 57 percent of my spam was in Russian (or some other language that uses the Cyrillic alphabet).

One Response to The village spammer