I was in Santa Fe for a couple of weeks. When I went out for my morning run, I followed a paved pathway along the “river” (a parched, sandy channel, even in the monsoon season). I found my way back to town on another path, the Acequia Madre Trail, which follows the course of what I took to be a small creek (also dry). Later I learned that the Acequia Madre is not a creek but an irrigation ditch. Indeed, the name means “mother ditch”: It is the primary artery of an irrigation network built 400 years ago when the Spanish first came to this valley.

The Acequia Madre de Santa Fe. Pronounced “ah-SAY-keyah.” As my wife Ros explains: The stress is always on the next-to-last syllable, but in this case the last syllable has two syllables. 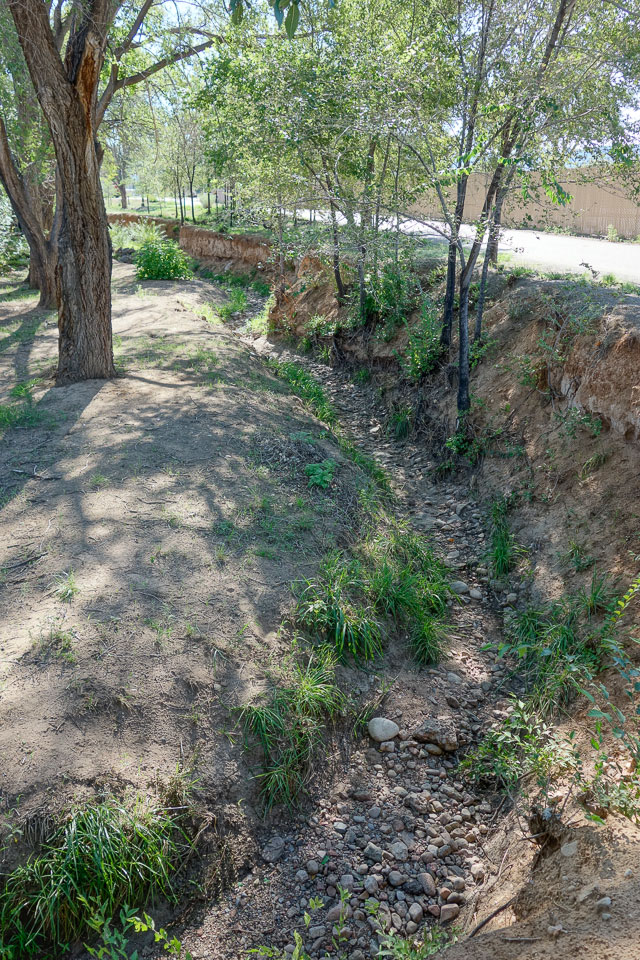 Cris Moore, one of my hosts at the Santa Fe Institute, told me that water is run through the ditch at least once in a year in a legal ritual that maintains the right of landowners to claim a share of the flow. (Cris learned this while “serving two consecutive four-year sentences” on the Santa Fe City Council.) 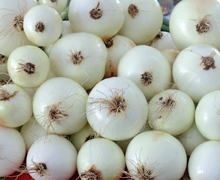 I learned more about acequias from Stanley Crawford, who grows various kinds of alliums and writes various kinds of books on a small farm northeast of Santa Fe, halfway to Taos. I met Stanley and his wife Rose Mary at the Santa Fe farmer’s market when I stopped to photograph a heap of their immaculate onions—as hefty, round and polished as bocce balls. I left their booth carrying away a couple of Stanley’s books. One is a novel, which I remember seeing but not reading in its original 1972 edition: Log of the S.S. The Mrs. Unguentine. The other book, which I began reading on the flight home to Boston, is Mayordomo: Chronicle of an Acequia in Northern New Mexico.

The book recounts one year of Crawford’s tenure as mayordomo of the Acequia de la Jara, a ditch serving two dozen small farms in the foothills of the Sangre de Cristo mountains. (This is a work of nonfiction, but names of people and places are altered.) The year begins with the spring cleaning, when all the parciantes—those entitled to a share of the water—must either show up to help clear the ditch of silt, sand and vegetation or else pay a worker to take their place. With a crew of 17, the process takes two days, plus part of a third day to “bring the water down” from a diversion dam upriver. The mayordomo awaits the stream’s arrival on his own land:

Pitchfork in hand, I walk up the winding channel to meet the descending water. By the time it gets here the flow will be pushing a large roll of debris, and I will walk it back down through my place and into the next if need be, to fork out as much as I can…. All is quiet. This is a strange wait, as if for a train on tracks that curve out of sight behind a hill…. I am about to walk a little further up when a brown and grey tongue slips into view around a bend and rolls toward me, its dry leaves hissing softly, twigs snapping, approaching like some creature, a giant snake that has assumed a somewhat disorderly disguise.

For the rest of the season, gravity does most of the work, but there are floods and droughts to cope with, plus muskrats and beavers, leaks and plugged channels. Most of all there are the landowners to cope with, for the acequia is not only a technological artifact; it is a social and political and cultural institution as well. The affairs of the ditch are governed by a three-member commission, elected by all the parciantes; the commissioners in turn appoint the mayordomo. The mayordomo is responsible not just for keeping the water flowing but also for equitably distributing it among the parciantes. And what is equitable? At the Acequia de la Jara a fair share is not to be defined by statute or contract but rather by history, by unwritten customs and habits, and by ongoing face-to-face negotiations. The process is not friction-free, but it seems to work.

The water in an irrigation ditch is a shared resource, like the unfenced common pastures that so famously became so tragic in early-modern England. In fact, the irrigation ditch is even more vulnerable to selfish exploitation than a pasture that’s equally available to all: Those on the upper reaches of the ditch have it within their power to divert all the flow into their own fields, depriving those below. Yet they choose not to do so. What explains their forbearance? 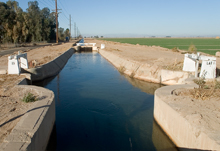 At a zanja near Heber, CA, on the Mexican border, headgates regulate flow into farmers’ fields.

Some years ago I spent a few days exploring the irrigation works of the Imperial Valley in southern California, another place where water is distributed through public ditches—though out there they call the ditches zanjas rather than acequias, and the ditch boss is not a mayordomo but a zanjero. The Imperial Valley is a site of intensive, industrialized, large-scale agriculture; the growers have big bucks at stake. And water is the limiting resource: Every drop must be allocated and accounted for. The headgate controlling flow into each field is opened and closed on a precise schedule. Padlocks on the gates discourage cheating. In this social setting, the zanjero becomes a referee and an enforcer—an agent of a higher power. The rules of the game are rigidly legalistic.

Back on the Acequia de la Jara, attitudes are more casual—or at least they were in the era Crawford is describing, circa 1985. There are no corporate farms here; indeed, some of the growers are really gardeners rather than farmers. Most years, there’s more than enough water to go around. And even when some form of rationing is needed, the arrangement is informal. Neighbors meet, discuss, compromise. They “divide the ditch,” giving all the water to the upper farms during half the week, then shifting the flow to the lower farms. Even in the driest periods, everybody gets “a little water for the chickens.”

The continuing success of this small-scale self-organizing system—which has apparently been flourishing in the back country of New Mexico for hundreds of years—gives me hope for the future of democracy. The community’s problem-solving ability is especially impressive given the recent ethnic diversification, as long-tenured Hispanics have had to absorb an influx of undocumented Anglos, with concomitant differences along dimensions of language, religion, wealth, and education.

A whole school of history associates irrigated agriculture with totalitarian governments. The underlying notion is that organizing the labor to tame a river requires a large-scale bureaucracy and a top-down power structure, often imposing slavery or peonage on part of the population. The historian Karl Wittfogel wrote of “oriental despotism” in the irrigation-based civilizations of Mesopotamia, Egypt and the Indus valley; according to his “hydraulic theory of the state,” irrigation and repression are causally linked. The early history of the acequias in northern New Mexico may well have followed the same pattern; it would be surprising if the Spanish conquistadors and missionaries did not rely on the forced labor of the indigenous Pueblo communities to dig the first ditches. Nevertheless, the little band of farmers (and writers) along the Acequia de la Jara has made something more cheering from this dark legacy: a social collaboration that appears to meet their own needs, along with some beautiful onions and garlic.

This entry was posted in off-topic, social science, technology.

2 Responses to The Mother Ditch